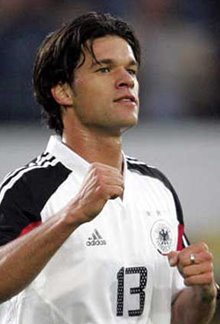 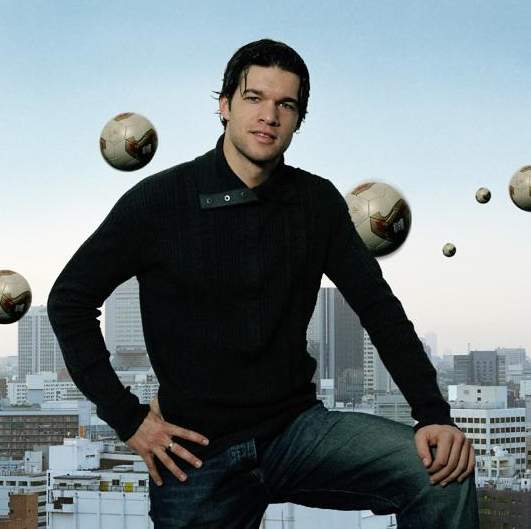 Michael Ballack (German pronunciation: [ˈmɪçaɪ̯el ˈbaːlak]; born 26 September 1976) is a retired German footballer. He is among the top goal scorers in the history of his international team. Ballack has worn the number 13 shirt for every team he has played for except for Kaiserslautern. He was selected by Pelé as one of FIFA's 125 Greatest Living Players, and as the UEFA Club Midfielder of the Year in 2002. He has won the German Footballer of the Year award three times – in 2002, 2003 and 2005. Ballack was known for his passing range, scoring ability, ball skills, and commanding presence in midfield. 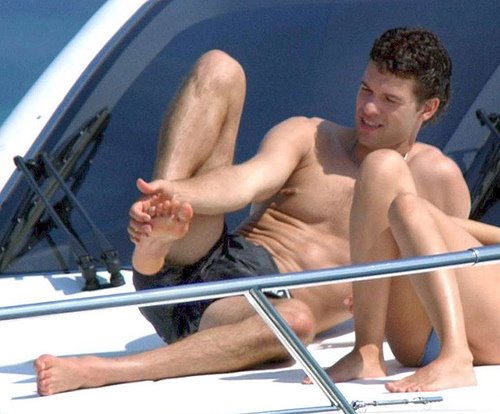 Ballack began his career as a youth at Chemnitz, his local team, and made his professional debut in 1995. On 26 March 1996, Ballack made his debut for Germany's Under-21 side. Although the team were relegated in his first season, his performances in the Regionalliga the following season led to a transfer to 1. FC Kaiserslautern in 1997. He won the Bundesliga in his first season at the club; his first major honour. He became a first team regular in 1998–99 season and also earned his first senior national cap for Germany. He moved to Bayer Leverkusen for €4.1 million in 1999. The 2001–02 season saw him win a slew of runners-up medals: Bayer Leverkusen finished second in the Bundesliga, DFB-Pokal, UEFA Champions League and Germany lost to Brazil in the 2002 World Cup Final. 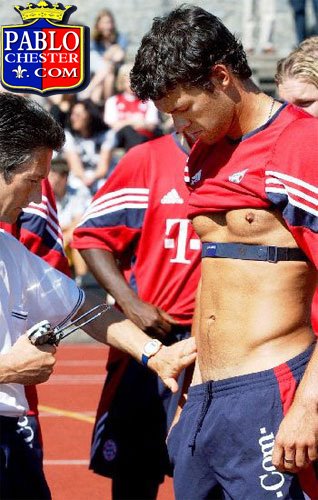 A €12.9 million move to FC Bayern Munich led to further honors: the team won the Bundesliga and DFB-Pokal double in 2003, 2005 and 2006. Ballack had become a prolific goalscorer from midfield, scoring 58 goals for Bayern between 2002 and 2006. He joined Premier League club Chelsea in mid-2006 and won his first English honors, the FA Cup and Football League Cup, in his first season at the club. Injury ruled out much of 2007 but he returned the following season, helping Chelsea reach their first ever Champions League final. He also went on to win the FA Cup again in 2009 and then once more as part of a league and cup double in 2010. 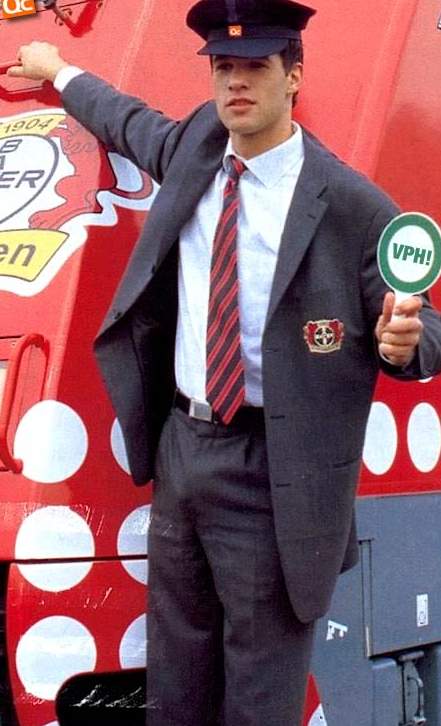