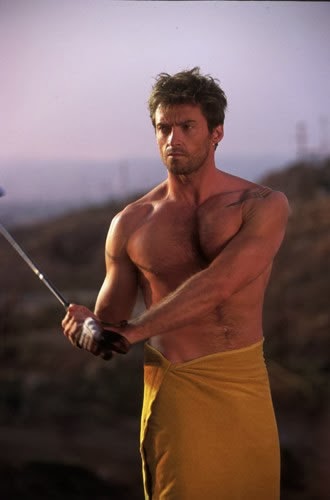 Who could not love Hugh Jackman. Firstly his smile, secondly his chest, secondly his talent. As great as it is to see him shirtless on screen, it is equally hot seeing him dance and sing on stage. He has a classic face and body, and although with the exception of a brief butt shot in Halifax afraid of the dark, he is still a favorite hunk. I just wish Hugh would lay off the hero and sci fi roles as his talent is beyond playing Wolferine for sequel after sequel. 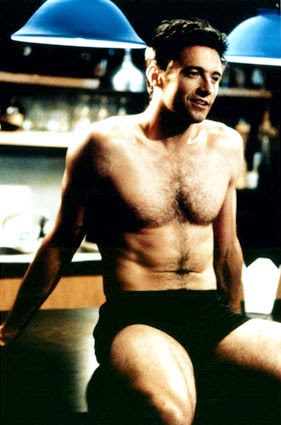 Hugh Michael Jackman (born 12 October 1968) is an Australian actor and producer who is involved in film, musical theater, and television.
Jackman has won international recognition for his roles in major films, notably as superhero, period, and romance characters. 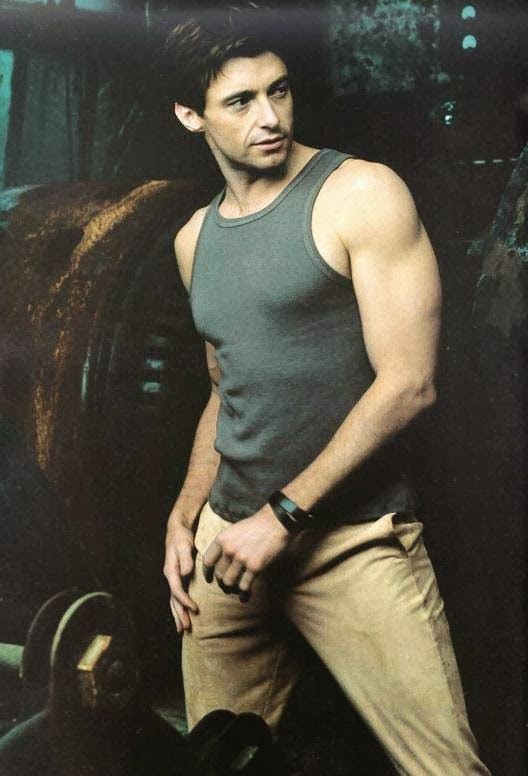 He is known for his long-running role as Wolverine in the X-Men film series, as well as for his leads in Kate & Leopold, Van Helsing, The Prestige, Australia, Real Steel, Les Misérables, and Prisoners. His work in Les Misérables earned him his first Academy Award 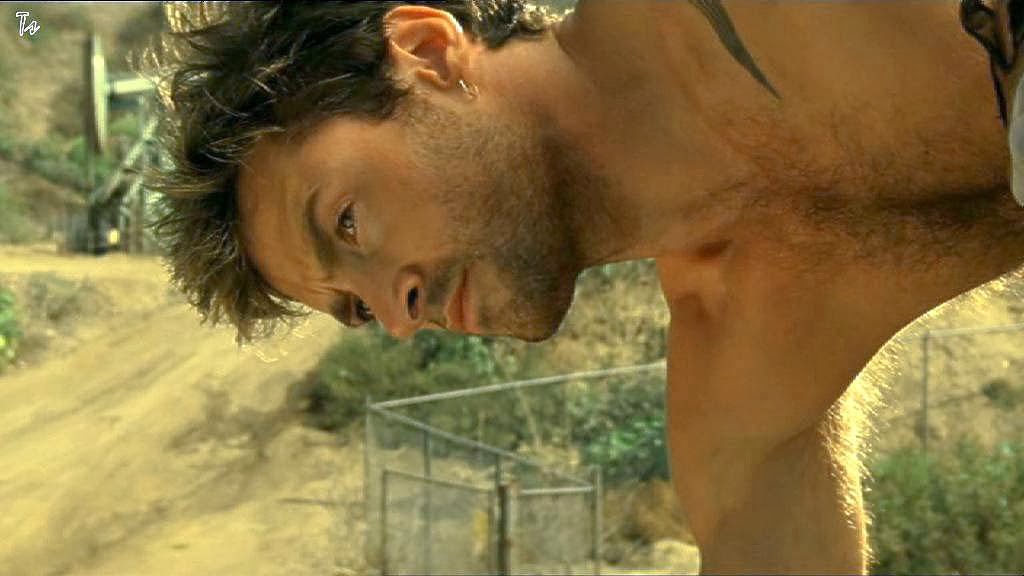 nomination for Best Actor and his first Golden Globe Award for Best Actor in a Musical or Comedy in 2013. He is also a singer, dancer, and actor in stage musicals, and won a Tony Award for his role in The Boy from Oz. 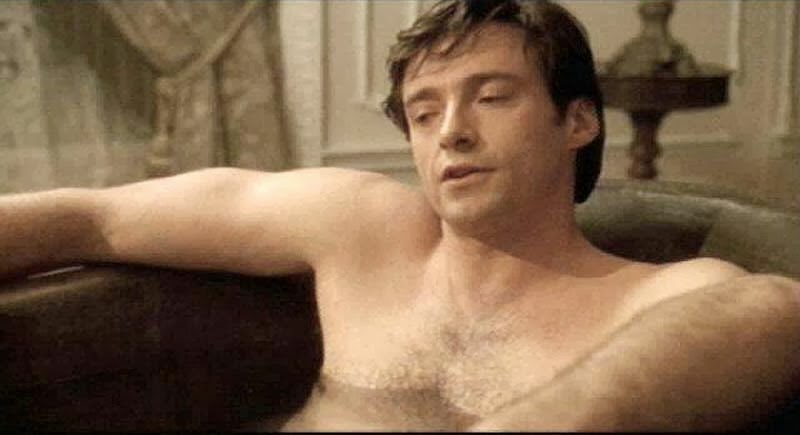 A three-time host of the Tony Awards, winning an Emmy Award for one of these appearances, Jackman also hosted the 81st Academy Awards on 22 February 2009. 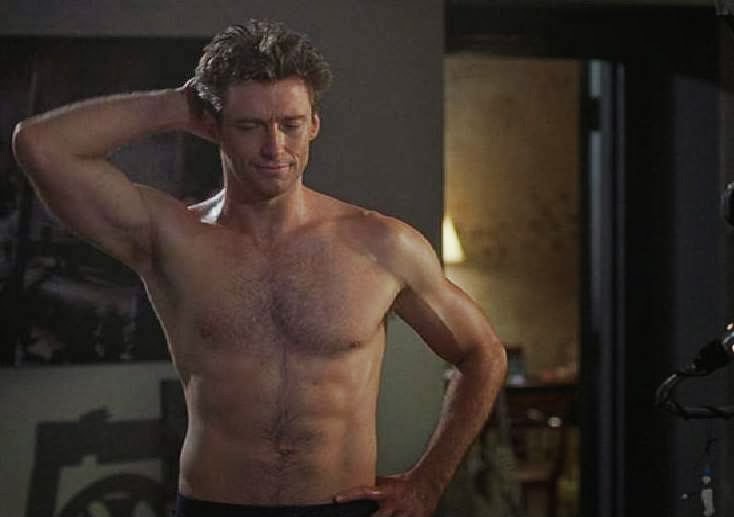