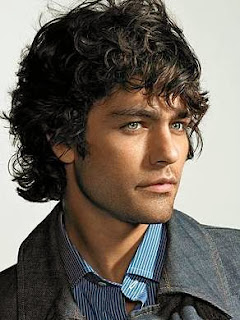 That Hair, That Face, That smile, Adrian is certainly to me, the hottest guy on Entourage. 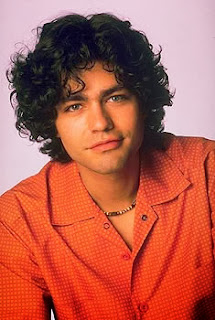 Adrian Grenier (born July 10, 1976) is an American actor, musician and director. He is best known for his lead role on the HBO original series, Entourage, as Vincent Chase. 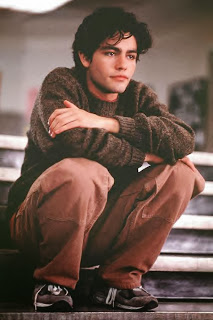 Grenier was born in Santa Fe, New Mexico, the son of Karesse Grenier and John T. Dunbar. His parents met at a commune in the 1970s, and were never married.His father was from Ohio, and was of European ancestry; his mother was born in New Mexico, to a Hispanic family, with Mestizo roots; a DNA test, on the PBS program Finding Your Roots, showed Adrian to have approximately 8% Native American ancestry and that his matrilineal line was Native American.
Grenier was raised by his mother, a real estate agent, in Manhattan, New York. He went to Bard College in New York where he studied molecular biology. 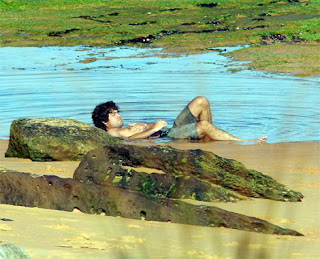 In 1997, Grenier made his film debut in the independent drama Arresting Gena. In 1999, he played opposite Melissa Joan Hart in Drive Me Crazy as well as in  "(You Drive Me) Crazy", in 2001, starred in James Toback's Harvard Man . In 2002, Grenier made his directorial debut with the documentary, Shot in the Dark. The documentary chronicles his years-long search for his father, with whom Grenier's mother broke up when Adrian was still a baby. Grenier and Dunbar remained estranged for 18 years, and in 2001, Adrian began work on the documentary in an attempt to forge a relationship with Dunbar. The two eventually reunited and maintain a warm relationship. HBO premiered the documentary on June 3, 2007.
In 2004, Grenier landed the lead role in the HBO series Entourage, which has brought him his most substantial notice and success. In 2006, he won a role in The Devil Wears Prada, as Anne Hathaway's boyfriend, Nate. In 2007, People magazine ranked him #7 in its annual list of Sexiest Men Alive.
On June 2, 2008, Grenier's new show, Alter Eco (not to be confused with Fair Trade importers Alter Eco), premiered on Planet Green. The show features the actor and his team of green experts showing changes that can be made to become more eco-friendly. 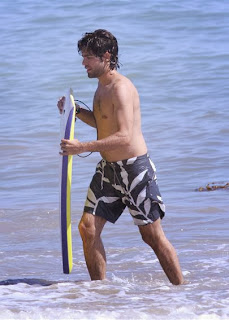 On December 17, 2009, Grenier and his business partner Peter Glatzer founded the green lifestyle site shft.com.
On September 27, 2010, HBO premiered the documentary Teenage Paparazzo, a film concerning the relationship between the celebrity and society that Grenier worked on for three years as a producer. The work features interviews with celebrities such as Lindsay Lohan, Alec Baldwin, and Whoopi Goldberg.
In addition to being a filmmaker, Grenier is also a musician, playing guitar, drums, French horn, and the piano. He is a member of two New York bands, lead singer in Kid Friendly and drummer in The Honey Brothers.
In 2012, Grenier partnered with a Seattle, Washington brewery and former Nike designer Jim Hawkins to found Churchkey Can Company.
Grenier is also an investor and advisor to the mobile video app MONTAJ. 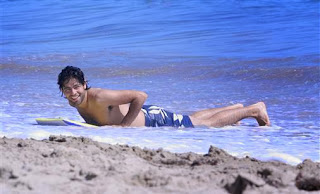 In 2005, Grenier purchased a $1 million home in Brooklyn, New York and had it remodeled. He has installed solar panels, and says that he grew up with a lot of greenery around him. He founded with Peter Glatzer SHFT.com, an environmental lifestyle website that promotes sustainability through video, design, art and culture.
His father was from Ohio of Northern European ancestry; his mother was born in New Mexico and was part Hispanic on her father's side. A DNA test, on the PBS program Finding Your Roots, showed Adrian to have approximately 8.44% Native American ancestry and his direct maternal line's Native American descent was confirmed by his mitochondrial haplogroup C12b.
Grenier is a Democrat and supporter of President Obama, particularly his environmental policies, and attended the 2012 Democratic National Convention.
Posted by Daniel at 12/18/2013 06:53:00 PM