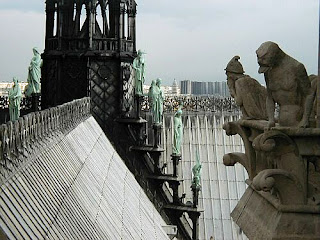 Once upon a time a terrible water spitting dragon lived in a cave close to the Seine river in Paris. The creature, Gargouille was his name, spent his time terrorizing ships and causing disasters like the big overflow of the city of Rouen. Until the Arch Bishop Saint Romanus put an end to that. He fought and defeated the beast, and burned its corps. Except for the head and neck, which couldn't be destroyed by flames. Instead they were exhibited to the population by hanging them to the city wall. 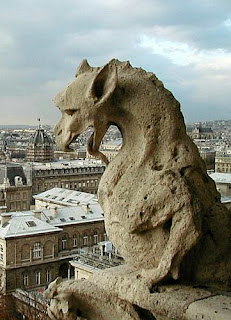 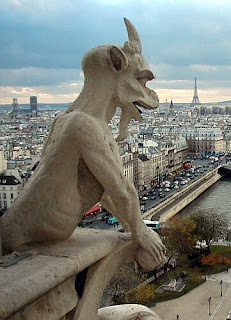 This is one of the numerous legends, explaining the origin of the gargoyles, the frightening demon-like statues used to drain the water from the decorative roofs of the Notre-Dame Cathedral in Paris.  Gargoyles can be found on gothic churches all over the world, but non of them so famous as the Notre-Dame. Not in the least thanks to Victor Hugo's masterpiece 'The Hunchback of the Notre-Dame'. 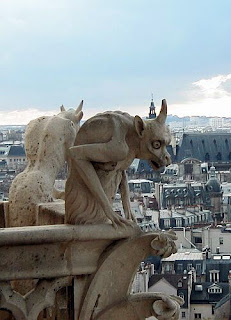 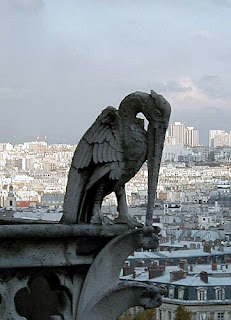 The Gothic loftiness of the Notre-Dame dominates the Seine and the Ile-de-la-Cité as well as the history of Paris. The spot where this majestic cathedral stands, has always been a house for angels. The Romans had built a temple to Jupiter, which was followed by a Christian basilica and then a Romanesque church: the Cathedral of St. Etienne, founded by Childebert in 528. Maurice de Sully, bishop of Paris, decided to build a new cathedral for the expanding population, dedicated to the Virgin Mary. Although construction started in 1163, it was not completed until roughly 180 years later in about 1345. 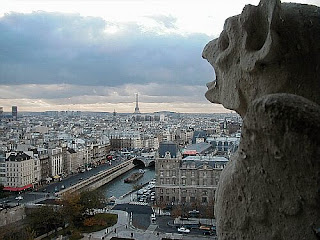 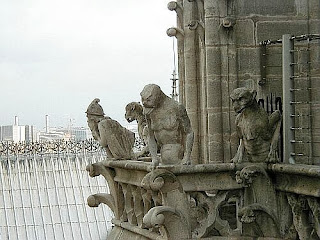 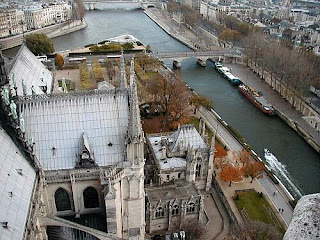 Email ThisBlogThis!Share to TwitterShare to FacebookShare to Pinterest
Labels: sculpture