Get Ready For Glee Season 5 With These Underwear Moments

From:  The Underwear Expert

This week, the Fall television season has returned and, with it, our favorite boys and girls from McKinley High School’s Glee Club. Glee Season 5 is gearing up to be a rather emotional season considering the loss of Cory Monteith this past summer due to addiction. Though the tribute show will address Monteith’s character’s death, the other episodes seem like they will follow the light heartedness of past seasons. It will kick off, of course, with a Beatles tribute Thursday and next week. 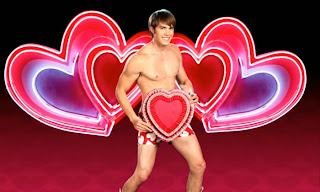 The Men of McKinley Calendar
For an episode about a men's calendar, these guys surely kept it conservative. We did get some cute shots of Blake Jenner wearing boxers though. Excellent Valentine's Day choice. 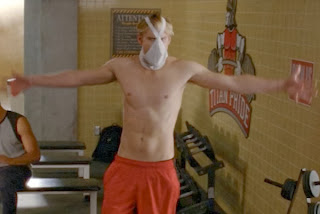 Chord Overstreet as Bane in Season 4
Like there was any competition. When you put a jockstrap on your face and impersonate Bane from Batman, you ARE the competition. 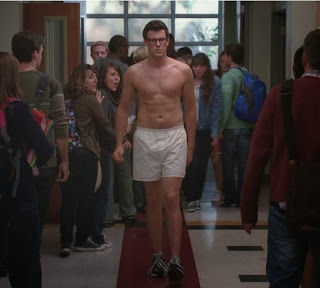 The Rocky Horror Glee Show
Glee had many moments where the choir had to face their own High School hormones. This episode was one of them. As Season 5 begins, we will truly miss Cory Monteith. Not only because he was cute, but for his ability to strip down to make us laugh every week 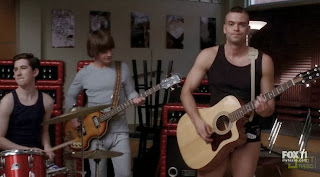 Mark Salling's Star Wars Undies Puck's Star Wars briefs made two appearances. Once during this scene from The Comeback and again during his anti-prom scene. He gets points for wearing underwear we truly would love to have. 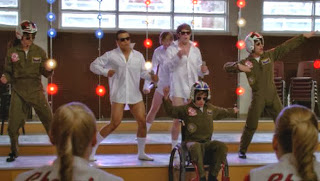 Girls (and Boys) On Film
The men of the New Directions paid homage to one of the best scenes in movie history: Tom Cruise in risky business. Can't see the tighty whites, but, we all know that they're there.
Posted by Daniel at 9/24/2013 06:17:00 PM