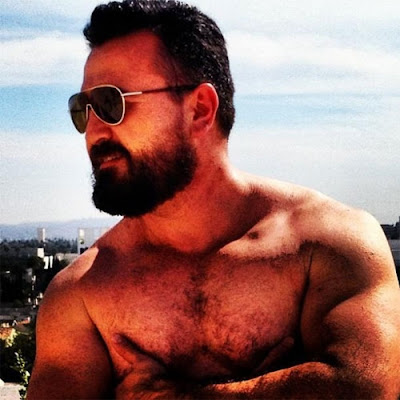 Chris Salgardo, president of Kiehl’s, has been a user of the brand for over 20 years. If asked years ago to describe his ultimate aspiration, Salgardo would have said to be President of Kiehl’s. His love of Kiehl’s products, rich heritage, generous nature and quirky personality is ever-growing. Salgardo oversees Kiehl’s U.S. strategy, product innovation and retail marketing plans out of the company’s office in New York’s West Village neighborhood.

Beginning his education in the Arts, Salgardo kicked off his career as a makeup artist for Chanel in Los Angeles. Salgardo went on to work as a West Coast Sales Manager for Bobbi Brown Cosmetics before joining Kiehl’s to head Sales & Education development during the cult skincare company’s major expansion in early 2000. In this role Salgardo quickly gained the respect and trust of top executives including Jean-Paul Agon, CEO of L’Oréal. Salgardo has built a reputation at L’Oréal for his smart distribution decisions and the development of unique relationships with important retailers such as Neiman Marcus, Bergdorf Goodman, Nordstrom, Barney’s New York and Saks Fifth Avenue.

A President who is as fluent and knowledgeable when conversing in contemporary Music, Art and Fashion as he is in finance and business practice, Salgardo displays an uniquely instinctive and creative management style that’s characteristic of a dynamic new generation of executives appointed to top jobs within the business world. Salgardo’s appointment at the age of 38, and his recruitment of a senior international team to work on the US business is strategically in line with a changing population demographic that's driving retail sales growth in a category increasingly dominated by niche and specialist luxury brands. Over the course of his career at L’Oréal, Salgardo has been at the helm of shu uemura USA, L’Oréal’s luxury outlet division and president of a former division known as Specialty Brands Group that incorporated shu uemura, Kiehl’s and Giorgio Armani Beauty. Salgardo is a powerful example of business success achieved from a genuine passion for the métier and an intimate understanding of what an affluent, discerning generation of young consumers wants in today’s highly competitive and unpredictable marketplace.

A board member of RxArt and overall philanthropist, Salgardo’s personal generosity mimics that of Kiehl’s mission statement by founding father, Aaron Morse, proclaiming the importance to give back to the community in which you do business. In addition to local community-based organizations, under Salgardo’s guise, Kiehl’s has created collaborations with top artists, celebrities, athletes and universities to raise substantial funds and awareness for non-profit organizations within its three pillar causes – HIV/AIDS, the environment and children’s charities. It is Salgardo’s desire to contribute, combined with his love of motorcycle riding that inspired the inception of Kiehl’s LifeRide for amfAR, a seven-day charity ride of which he is at the forefront.

In June 2012, Chris received the distinguished honor of being named the Grand Marshall for New York’s Pride Parade held on June 24, 2012. Also, Chris will be honored by Project Angel Food in Los Angeles as an Angel Award Recipient for his advocacy along with Kiehl’s for the support of those living with HIV/AIDS and other life-threatening illnesses.

“My goal is to use Kiehl’s DNA and rich heritage in all things that we do. While we utilize modern day technology to create efficacious products with unique ingredients, we rely heavily on Kiehl’s original New York apothecary roots to shape the future of the brand. It’s a labor of love for me. Aaron Morse once said: Love what you do, put your heart into it, and you will be rewarded. I am a firm believer in that.”

Salgardo is an avid longboarder, archer and motorcycle rider. He currently resides in Tribeca, NYC with his dog, Poppy.

Want to make a move? Check out his Facebook page here.