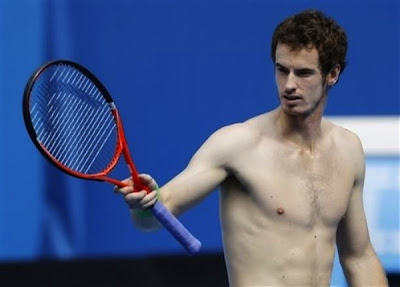 ANDY MURRAY
Scottish
Andrew Barron "Andy" Murray, OBE (born 15 May 1987), is a Scottish professional tennis player, currently ranked a career high of World No. 2, and is the British No. 1. Never World No. 1, he achieved a top-10 ranking by the ATP for the first time on 16 April 2007, and reached a career peak of World No. 2 for the first time in August 2009, and again in April/May 2013. At the 2012 US Open, he became the first British player since 1977, and the first British man since 1936, to win a Grand Slam singles tournament, when he defeated Novak Djokovic in five sets. This title makes him the only British male to become a Grand Slam singles champion during the Open Era. At the 2012 Olympic Games, Murray defeated Roger Federer in straight sets to win the gold medal in men's singles, becoming the first British champion in over 100 years. He also won a silver medal in mixed doubles, playing with Laura Robson. He is the only man to win the Olympic gold medal and the US Open title back-to-back.
He has been the runner-up in five other singles Grand Slam finals: the 2008 US Open, the 2010 Australian Open, the 2011 Australian Open, 2012 Wimbledon and the 2013 Australian Open losing three to Roger Federer and two to Novak Djokovic. In 2011, Murray became only the seventh player in the Open Era to reach the semi-finals of all four Grand Slam tournaments in one year.
Posted by Daniel at 7/05/2013 09:16:00 PM