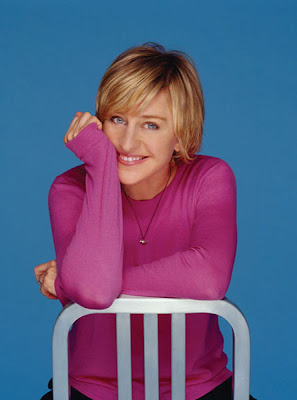 "To celebrate today's Chicago Gay Pride Parade, I thought it would be fun to make a list of the 100 Grooviest LGBT Characters on Television, including series from the UK, Australia and Germany. I did not include any miniseries (Tales of the City, Angels in America), but I did choose a character from the anthology series, American Horror Story. It wasn't easy to narrow down my selections - or rank them in order - but hopefully your favorite characters are featured. Happy Pride!" --  Marc 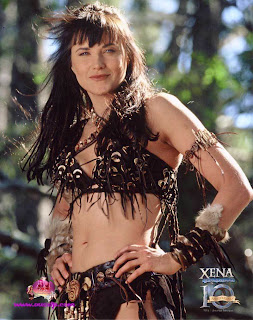 100
Xena (Lucy Lawless)
Xena: Warrior Princess
(1995-2001)
Xena is a fictional character from Robert Tapert's Xena: Warrior Princess franchise. She first appeared in the 1995–1999 television series Hercules: The Legendary Journeys, before going on to appear in Xena: Warrior Princess TV show and subsequent comic book of the same name. The character has also appeared in the spin-off animated movie The Battle for Mount Olympus, as well as numerous non-canon expanded universe material, such as books and video games. Xena was played by New Zealand actress Lucy Lawless, although the original choice was the British actress Vanessa Angel. She commonly wore a tight leather skirted outfit.
Xena is the protagonist of the story, and the series depicts her quest to seek redemption for her past sins as a ruthless warlord by using her formidable fighting skills to help people. Xena was raised as the daughter of Cyrene and Atrius in Amphipolis, though the episode "The Furies" raised the possibility that Ares might be Xena's biological father. She has a brother who is dead; she visits his grave to speak with him in "Sins of the Past." In Hercules, during her two first episodes, Xena was an outlaw, but in the third episode she appears in, she joins Hercules to defeat Darphus, who had taken her army. Once accompanied by her lover Borias and known as the "Destroyer of Nations", she is accompanied by the young Gabrielle and becomes "Defender of the Elijans", and of numerous unnamed others. Aware that the character of Xena had been very successful with the public, the producers of the series decided to create a spin-off series based on her adventures.
The character Gabrielle, introduced in the first episode, becomes Xena's greatest ally; her initial naïveté helps to balance Xena and assists her in recognizing and pursuing the "greater good".