#85
Keanu Reeves
(1964—)
While he's rarely given a performance of any depth, the depth of his beauty is enough to have carried this ageless, exotic-looking, unexotic-sounding every dude. Always so cute, his butt-baring photo session with Greg Gorman was a highlight of my '90s. And what's not to love about the persistent gay rumors, including the one that had him "marrying" David Geffen before that was legal anywhere? 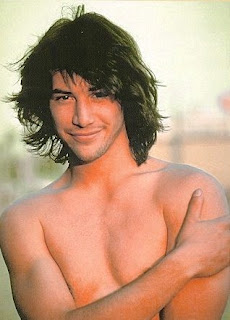 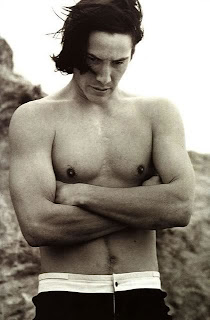