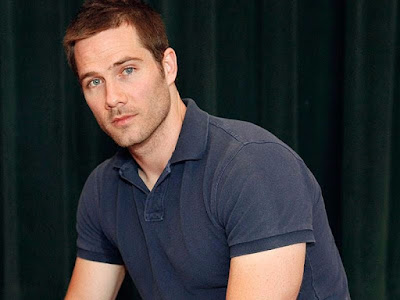 The Canadian actor came out publicly in 2008 after years of speculation regarding his sexuality. Best known for his role as gay character Scotty Wandell on ABC's Brothers & Sisters, the actor told The [Toronto] Globe and Mail,

"There is this desire in L.A. to wonder who you are, and wheat's been blaring for me for the last three years is how I can be most authentic to myself, so this is the first time I am speaking about it in this way."

Email ThisBlogThis!Share to TwitterShare to FacebookShare to Pinterest
Labels: 100 Hottest Out & Proud Celebs, actor, Canadian, OUT