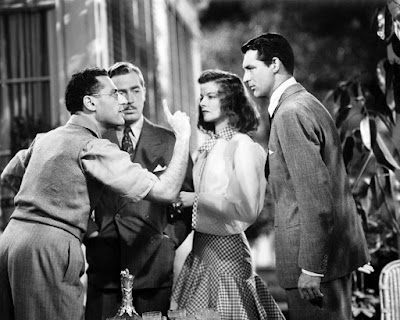 10
Her Friendship With George Cukor

Known widely in Hollywood as a “woman’s director” and a gay man, Cukor was one of Hepburn’s closest friends, and helmed some of her biggest hits.

“He was the kind of man she adored,” said Mann. “He was smart. He was witty. He threw great parties. He respected the complexity of her own life without ever needing to put a definition on her. And that’s what she needed. She wasn’t like Dietrich or someone who you could throw out the word ’lesbian’ and they’d love it, the camp of it. Cukor accepted who she was.”
Posted by Daniel at 5/24/2017 11:36:00 PM