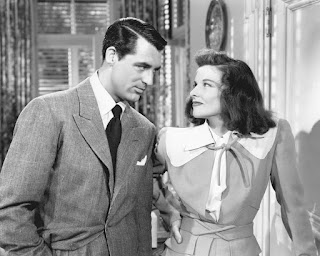 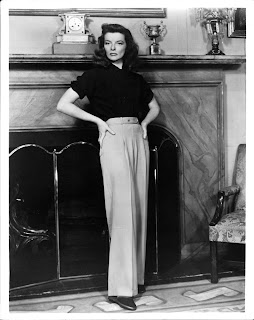 Not only was this 1940 rom-com Hepburn’s big comeback after several flops, she took charge from the start—buying the rights for the stage play (which she starred in) to bring it to Hollywood. The Philadelphia Story re-paired Hepburn with gay director George Cukor and bisexual movie star Cary Grant.

Hepburn also took the reins when it came to wardrobe: She ignored male producers’ demands she wear a dress in the opening scene, opting to wear pants instead.
Posted by Daniel at 5/23/2017 07:34:00 AM