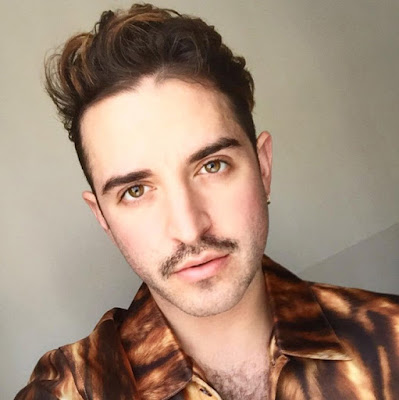 Colby Smith is a celebrity makeup artist, who's worked with artists like Charli XCX, Lorde, and Tove Lo. he recently released a line of lipsticks for Make Up For Ever with "I Love It" Swedish duo Icona Pop.

Colby is an accomplished celebrity makeup artist based in NYC. He started his career in Los Angeles and eventually found himself in the middle of New York City a few years later. Over the past 8 years Colby has been involved in every facet of makeup. From celebrities like Lorde, Crystal Castles, and Icona Pop to runway shows of Marc Jacobs, Diane Von Furstenberg, and Oscar De La Renta. He finds himself immersed in it all. His work can be seen in the pages of Vogue India, Nu Mode, Nylon, Flaunt and Lady Gunn magazine and online at Style.com, WWD, and Vogue.com to name a few.
Posted by Daniel at 5/20/2017 12:44:00 PM