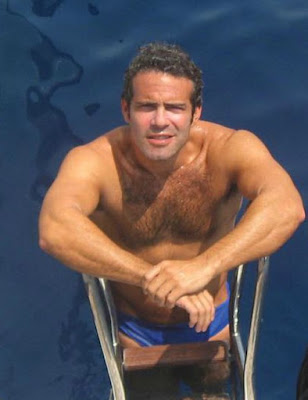 Andrew "Andy" Cohen (born June 2, 1968) is an American talk show and radio host, author and producer. Cohen hosts the Bravo nightly series Watch What Happens: Live and is the author of a memoir, Most Talkative: Stories from the Front Lines of Pop Culture. He is the first openly gay host of an American late-night talk show. After being head of development at Bravo for more than 10 years, Cohen resigned in November 2013. He continues to serve as an executive producer of The Real Housewives franchise and host of Watch What Happens: Live.
Posted by Daniel at 6/02/2017 02:15:00 AM