The 10 Best Movie Musicals Ever Made 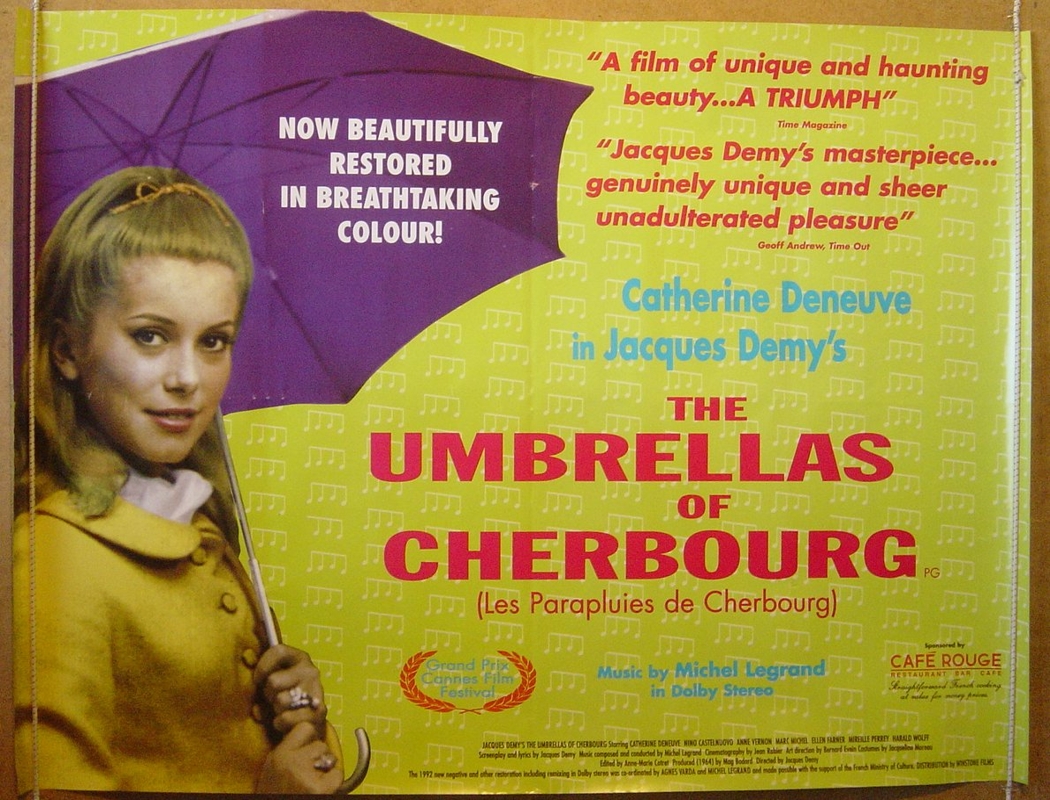 Umbrellas is the middle film in an informal "romantic trilogy" of Demy films that share some of the same actors, characters and overall look; it comes after Lola (1961) and before The Young Girls of Rochefort (1967). The film was very successful in France with a total of 1,274,958 admissions. The plot is very similar to Marcel Pagnol's trilogy of plays entitled Marius, Fanny and César. The musical Fanny was based on Pagnol's trilogy.