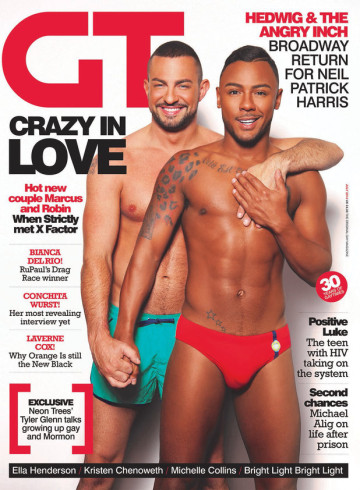 The UK’s Strictly Come Dancing could be getting its first same-sex couple if the gay media has anything to say about it.
Professional Latin and ballroom dancer Robin Windsor has served as a member of the reality dancing competition’s dancing staff since 2010 — the show works much like our version of Dancing with the Stars, where celebrities are paired with professional dancers and eliminated one by one until the finest celebrity dancer stands.
According to Digital Spy, fans are eager to see Windsor with a male dancing partner in the upcoming season, especially since he’s now dating celebrity X Factor star Marcus Collins. The pair, who've been dating since November, talked about the possibility in a new cover feature for Gay Times:

“I can dance, but I’d be learning ballroom dancing from scratch. It’s something I’d certainly give a go,” Collins said. “It’s about waiting for the right time for the public to be ready to see a same-sex couple dancing together. 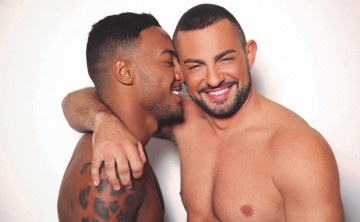 This isn't the first time Windsor has been fantasized into a same-sex dancing couple. Last September, rugby star Ben Cohen revealed that he actually requested to be Windsor’s dancing partner last season.
Though he doesn't sound too hopeful about joining the cast of Strictly, Collins is unmistakably head-over-heels: “I thought he looked amazing,” Collins said of the first time he noticed Windsor, on the cover of December’s Gay Times Naked Issue. “My family watch both X Factor and Strictly, where all the guys are good looking, but there was one who always stood out for me.”
“We both know where this is heading and that this is for the long term,” Windsor added. “It’s a case of being the right time. I’ve always wanted to get married to the person I love and that fairytale is getting closer every day.”


Check out the couple’s full interview for the July 2014 issue over at GayTimes.co.uk.