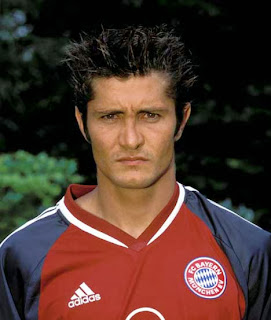 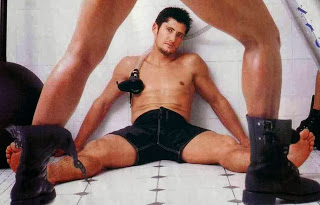 Bixente Lizarazu (Basque pronunciation: [biˈʃente lis̻aˈɾas̻u]), initially registered as Vincent Lizarazu, (born 9 December 1969 in Saint-Jean-de-Luz) is a former football left defender who played most notably for Bordeaux and Bayern Munich, as well as the French national team.
In a twelve-year international career from 1992 to 2004, Lizarazu played in three European championships and two World Cups for France, winning the 1998 World Cup and Euro 2000. 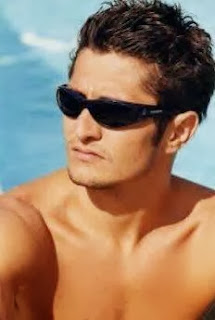 Before moving to Germany, Lizarazu played for Girondins de Bordeaux, where he played in the 1996 UEFA Cup Final against Bayern; and Athletic Bilbao. He has won six Bundesliga championships with Bayern Munich, as well as five German Cups, the Champions League, and the Intercontinental Cup. On winning the Intercontinental Cup in 2001, he became the first player to be a current European and World champion in club and international football.

Lizarazu said that he would leave Bayern in the Summer of 2004 and eventually signed with Olympique Marseille. However, six months after signing with Marseille, he returned to Bayern Munich in January 2005. During his second spell with Bayern Munich, ending in 2006, Lizarazu wore the shirt number 69. Clarifying that it wasn't a lewd gesture, he said this was because he was born in 1969, his height is 1.69 m and he weighed 69 kg.
Lizarazu announced his retirement from football on 30 April 2006 – four days after former teammate Zinedine Zidane. However, he did subsequently make one appearance for Middlesbrough in August 2006, participating in Robbie Mustoe's testimonial alongside Curtis Fleming. 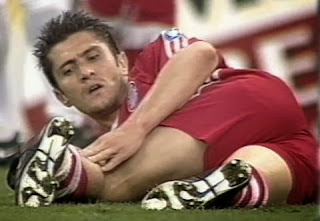 Lizarazu was capped 97 times for France (for the first time on 14 November 1992 against Finland), scoring two goals, and helped them win the 1998 FIFA World Cup and Euro 2000. 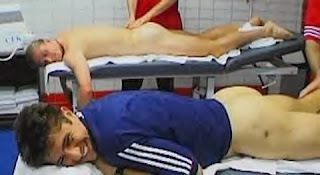 Lizarazu is an ethnic Basque. He has a stadium named after him in the French Basque Country, the "Stade Bixente-Lizarazu" (former "Belcenia Stadium"). His fiancée was French singer and actress Elsa Lunghini for seven years and he has a son named Tximista with his ex-wife Stéphanie. He has a daughter named Uhaina with French actress and singer Claire Keim.
After retirement, Lizarazu got involved in Brazilian Jiu-Jitsu. He competed in a Jiu-Jitsu competition in Europe in 2009, where he became European champion in the Blue Belt Senior 1 Light Division.