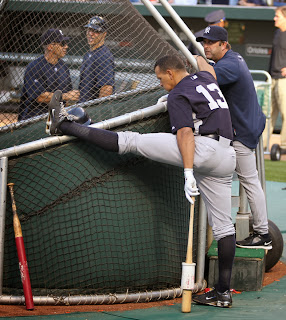 Alexander Emmanuel "Alex" Rodriguez (born July 27, 1975), nicknamed "A-Rod," is an American baseball third baseman for the New York Yankees of Major League Baseball (MLB). He previously played shortstop for the Seattle Mariners and the Texas Rangers. Rodriguez was one of the most prodigious young players scouts had ever seen and is now considered one of the greatest baseball players of all time.However, Rodriguez has led a highly controversial career due to his expensive contracts and his use of illegal performance-enhancing drugs.
He is the youngest player ever to hit 500 home runs, breaking the record Jimmie Foxx set in 1939, and the youngest to hit 600, besting Babe Ruth's record by over a year. Rodriguez has 14 100-RBI seasons in his career, more than any other player in history. On September 24, 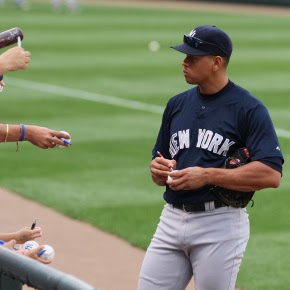 2010, Rodriguez hit two home runs, surpassing Sammy Sosa's mark of 609 home runs, and became the all-time leader in home runs by a player of Hispanic descent.
In December 2007, Rodriguez and the Yankees agreed to a 10-year, $275 million contract. This contract was the richest contract in baseball history (breaking his previous contract's record of $252 million). In February 2009, after previously denying use of performance-enhancing drugs, including during a 2007 interview with Katie Couric on 60 Minutes, Rodriguez admitted to using steroids, saying he used them from 2001 to 2003 when playing for the Texas Rangers due to "an enormous amount of pressure" to perform.
On August 5, 2013, Rodriguez was suspended for 211 games as a result of the Biogenesis scandal investigation, which would keep him off the field through the end of the 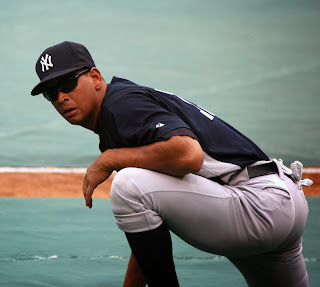 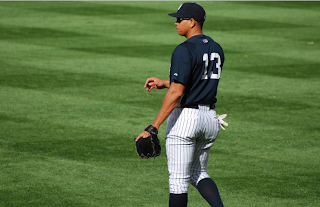 On September 20, 2013, Rodriguez hit his 24th career grand slam, the most by any player in Major League Baseball history, passing Lou Gehrig's 23. 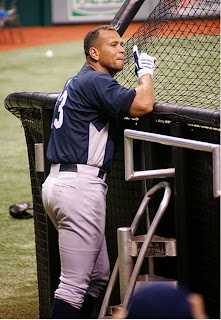 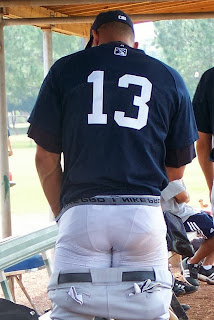 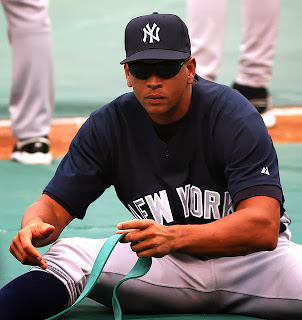 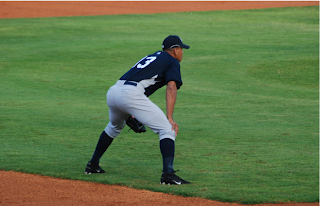 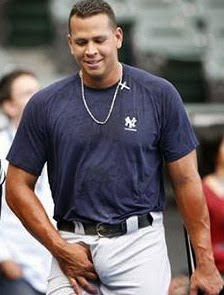