It shouldn't be surprising that Fassbinder used Davis for his deliriously homosexual Querelle—the Floridian had a European look to him that was not out of place amidst the subtitles and Gallic phallic symbols. Sexy hairy dude through and through. He starred in Larry Kramer's first production of the AIDS drama The Normal Heart and would die with (but not of) the disease a few years later; a former intravenous drug user, he kept his condition a secret and ended it on his own terms with his wife's help. As with many actors, his sad ending informs his work if you look back at it now, which is sometimes a plus and sometimes a distraction. 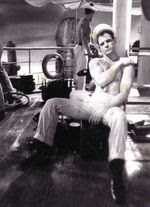 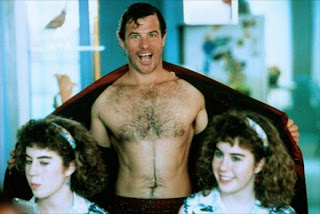