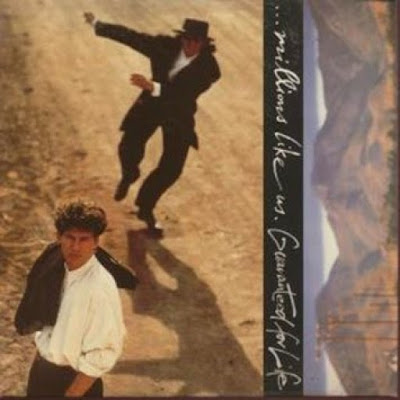 #98
“Guaranteed For Life”
Millions Like Us
British duo John O’Kane and Jeep MacNichol released one album in late 1987, which peaked at #171 on the album chart, and the only charting song, the Michael McDonald-esque “Guaranteed For Life” peaked at #69 on the Hot 100 in December. Okay, so millions didn’t like them, but I bought the cassingle.