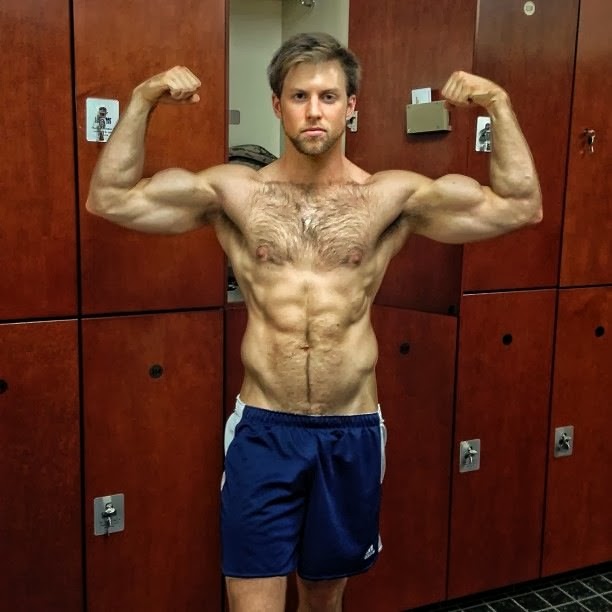 In all honesty, I would have died if Ray’s scene with Vinny Castillo moved beyond oral sex. Take a moment to visualize Vinny slamming Ray like he slammed this blonde chick‘s pussy. ARE YOU DYING YET?!?!?! Because I’m dripping drop after drop of pre-cum as I type this sentence.

Back in his hometown for the class reunion, Ray Diaz is visited by straight former fuck buddy Vance Crawford. It takes about three seconds to get to 'Remember when ...?' A big smile bracketed by dimples splits Ray's face. Conversation fades as they undress. Vance is already so hard, his dick gets in the way of removing his jeans. Ray sniffs and zeroes in orally, swallowing Vance's cock, then balls. Vance's thighs quiver: it's better than he remembered. Ray's six foot frame is smooth to the navel, then a treasure trail leads to his sizable cock, with tight furry buns and hairy legs to follow. Vance, a handsome, slender, wide-shouldered stud, wants all of Ray at once: to suck his cock, finger his crack and fuck him. Ray's on his knees when the fucking starts and on his back when it ends. The veins pop out on Vance's neck as he reaches the point of no return. Ray shouts as his cum bursts forth, spattering his chest and the furniture in a wide arc, followed by a long stream from Vance that shoots past Ray's head. Vance's reunion orgasm is so intense he has to grab Ray's thighs to keep from falling.

Like a BIG BUCK emerging from the woods, Tom Wolfe is in his element when he is outdoors and BUCK NAKED. Finding a shady spot among the trees we set up an over sized couch and invited Tom to sprawl out and enjoy the scenery. While lounging naked and feeling up his hard, fur covered muscles; it isn't long before this stud starts getting all worked up. He takes his thick-cut cock in hand and strokes himself to a highly aroused state. His hands explore his tight hairy body and his round muscled ass. Tom finds his fingers drawn down below for a hot probing of his furry man-hole. Needing a release Tom straddles the couch's armrest and grinds his lubed up cock against the smooth surface. Fucking his fist he erupts a searing hot load, spewing his seed like a BIG BUCK in the wild.

You Must Remember This: 14 Greatest Gay TV Kisses 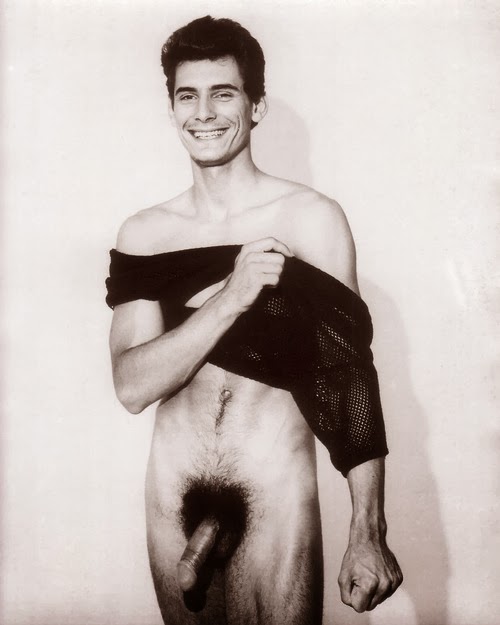 A THING OF BEAUTY: PART ONE

In this film, we start with "the daily grind." It has caused more fights, upset, and stress in our 15-year relationship together than anything else. When allowed, the monotony of the everyday has become a slow poison and the stress and the daily grind is sand and water -- it erodes the land and turns mountains into hills.

However, as in nature, water also gives us life and sand becomes glass, both helping us to see and live better lives. Stress and upset will always exist, but we can just as easily be in a place of peace, abundance, love, and connection.

This became real to us when we were stuck in horrific traffic one morning and were beyond aggravated -- first at the traffic, then at each other. As we were taking a back street to our office, we drove along side the gnarly, hellish Long Island Expressway, and in all that rusty, twisted metal, it appeared to be smiling back at us -- even laughing at us! Now, whenever we go to work -- especially on bad days -- we always make sure to drive past the "laughing" bridge. And every time, we smile back.

Part I of "A Thing of Beauty" introduces us to Colby Keller and Dale Cooper -- two men who share a unique chemistry with each other both on and off camera. Hand in hand, they explore a tropical oasis, joking around on the beach, swimming, laughing, while the Walt Whitman poem, "We Two Boys Together Clinging," perfectly illustrates their friendship and bond over 100 years after it was written. This is paradise, firmly contrasted with the grunge and grime of the loud, dark, and dirty city -- the daily grind.