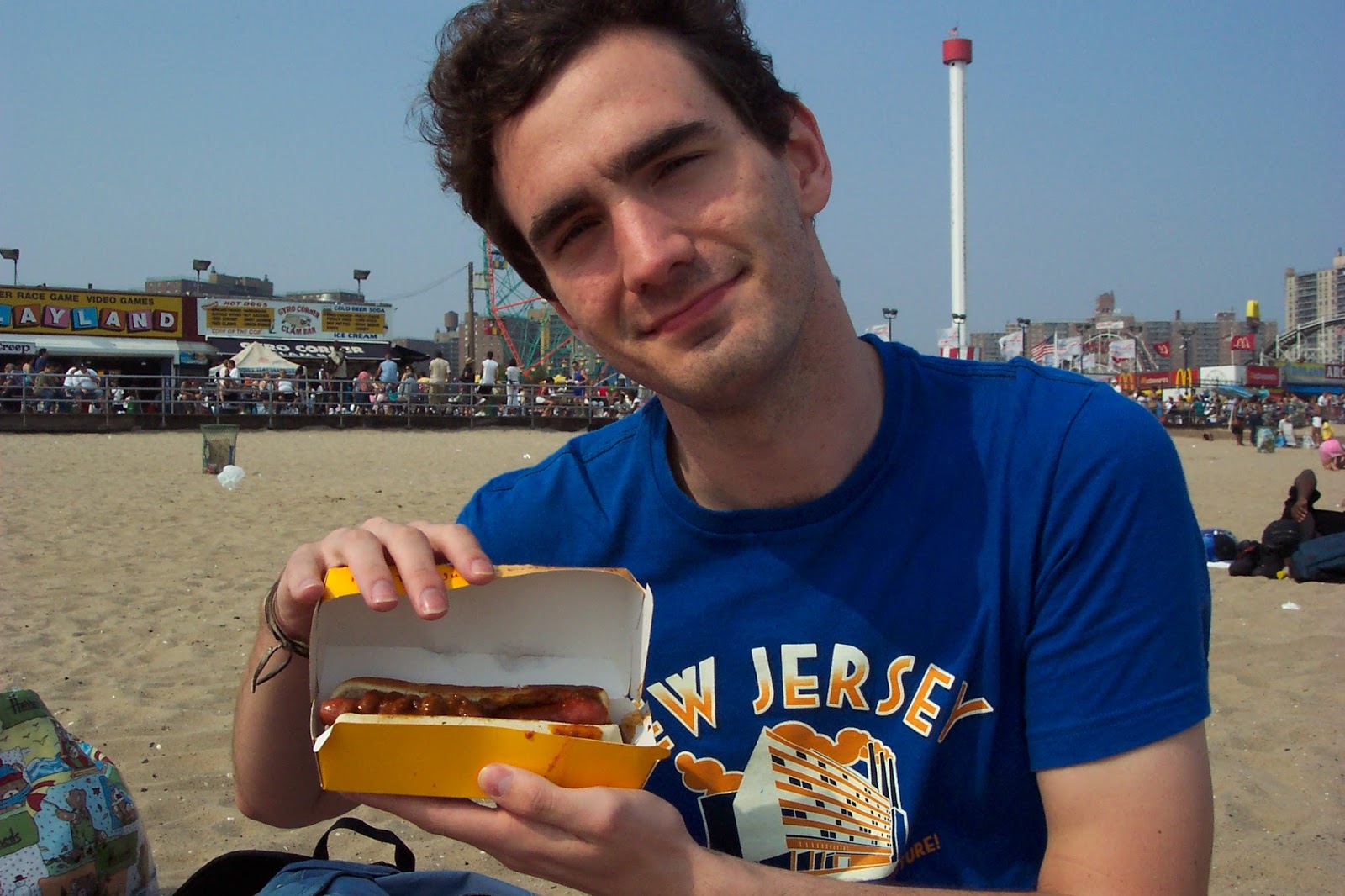 When you take two of America's most iconic foods - chili and hot dogs - and put them together, the result is a taste sensation that will knock your socks off. And if you don't get messy when you eat a chili dog, then you're doing it wrong! 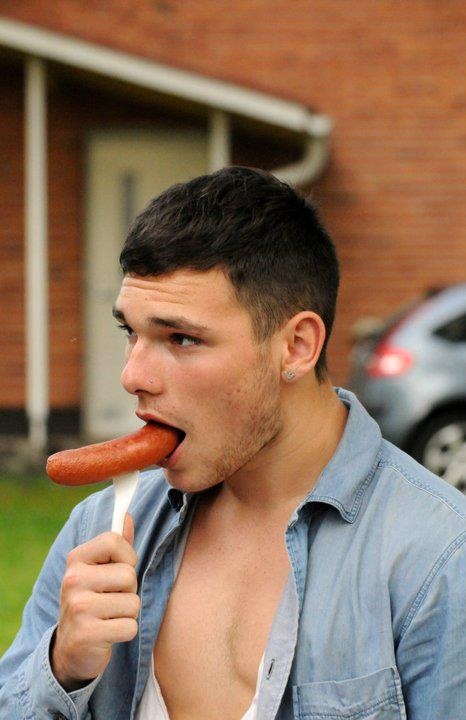 The idea of Bratwurst Day goes back as far as six decades B.C., when the Romans held annual festivals where sausages spiced with various herbs were fried over open fires.

Although different history books give it different paths, the wurst eventually found its way to the German city of Trier and shortly after, throughout the rest of Germany. Sometime in the mid-19th century, the little sausages immigrated to Sheboygan with the German settlers.

To celebrate the city’s 100th anniversary, Bratwurst Day was born on Thursday, August 13, 1953. The idea, conceived by A. Matt Werner, editor of The Sheboygan Press, was a means of publicizing Sheboygan’s claim to fame: the bratwurst. The event was sponsored by the Sheboygan Jaycees with the support of then Mayor Edward C. Schmidt and Governor Walter Kohler.

Schmidt’s proclamation, which designated the 13th as Bratwurst Day read, in part: Whereas, this community has achieved national fame and recognition for the exclusive manufacture of a special kind of roasting sausage, and Whereas, it is a known and established fact that the production and distribution of bratwurst has increased year by year to a point where it has become an industry of vital importance to this community - all citizens and visitors are to refrain from roasting bratwurst on their own grills and will attend and enjoy the “Bratwurst Festivities” to be held on the main street in the City of Sheboygan.

Streets were renamed Bratwurst Boulevard (North Eighth Street) and Onion Oasis to provide the right atmosphere for the festivities. Nowhere else in the world would you find a scene like this at 8 a.m., when the Sheboygan Jaycees were greeted by a flood of customers as they began to sell brats at the corner of Bratwurst Boulevard and Wisconsin Avenue. By noon, fryers were in operation on every corner in the downtown area. As estimated 7,000 pounds of brats, 96 gallons of dill pickles, 288 bottles of ketchup, 288 jars of mustard and 350 pounds of onions were consumed.

Activities of the first Bratwurst Days included the crowning of the bratwurst queen, brat eating contest, parade, square dancing, polka music and fireworks. A time capsule was also buried in Fountain Park. Various articles of Sheboygan historical interest were placed in the capsule, to be opened in 2053, 100 years from 1953.

The turnout was beyond all expectations that the Jaycees decided to make Bratwurst Day an annual event. With Sheboygan billed as the “wurst” capital of the world, 1954’s celebration held Saturday, August, 7, included two 11-pound brats on display in Fountain Park. The two king-size brats, prepared by Wagner Sausage Co., were placed on huge rolls baked by Heitzmann Bakery. An estimated 7,500 pounds of brats were consumed.

The Sheboygan Press extended an invitation to Ann Landers to attend the Aug. 2, 1958 Bratwurst Day. She declined, but wrote, “Sorry I’m not there to enjoy the celebration. I am eating bratwurst tonight for sentimental reasons. Best Wishes. Ann Landers.”

The Kiwanis Park Hill was the site for the soap box derby contest of the 1959’s Bratwurst Day. An estimated 5,000 spectators watch Danny Lee Brickrsquo's soap box win. At that celebration, 10,000 pounds of bratwurst were put away.

For the 1961 B-Day (as they nicknamed it), hotels and motels in the area were booked in advance. At the time, one motel owner said he was booked solid two months in advance and turned away 1,000 reservations for the weekend.

Sixty-six bratwurst stands were set up to sell the little porkers in 1962. The Jaycees put 2,000 man hours into the event.

The event continued to grow in popularity each year. As it grew to a celebration attended by as many as 100,000 people, the festival also grew in the number of problems that resulted: vandalism and drunkenness caused by some of the younger and less civic-minded.

These problems caused no small degree of concern among city leaders, for the day to show off Sheboygan had turned out to be a black eye, they said. The question of continuing Bratwurst Day, or modifying it, was put to the voters after the 13th annual celebration. In a referendum on April 5, 1966, voters in the city said no to the festival after 13 mostly glorifying years.

Several years later, the Jaycees again thought that civic pride and better crowd control would again allow the city to celebrate its heritage. They proposed changing the name to German Days and moving the festival from downtown Sheboygan to Kiwanis park, a more confined area. In 1969, the Jaycees won the acceptance of city leaders to hold the festival after they promised that the bad memories of Bratwurst Day would not be revived.

The “new celebration” grew, but at a much slower pace than did Bratwurst Day. German Day festivals were held from 1970 to 1974.

In honor of the city’s 125th anniversary in 1978, Bratwurst Day made its comeback. An estimated crowd of 25,000 to 35,000 jammed Kiwanis Park for the return of Bratwurst Day that sunny August 7. The bratwurst eating contest had to be delayed an hour because there were no cooked brats available. Two tons of meat was consumed along with 197 half barrels of beer. Some of the many activities held included a pie-eating contest, a bubble gum blowing contest, Stumpf Fiddle competition, square dancing, air balloon rides, wet T-shirt contest and a water fight between four area fire departments.

The Bratmeister, a 13-foot tall balloon resembling a Bavarian character made its debut in 1980 as the mascot of the Sheboygan Jaycees.

In 1988, Brat Days started bringing national entertainment to the Sheboygan area. The 1st act that was the Turtles. In 1996, the festival started to have a national act on both Friday and Saturday, and in 2005, country national acts were added on Saturday afternoon.

In 1991, the Jaycees broadened the taste experience with the addition of the Bratxotic Food Gallery Tent. Sheboygan restaurateurs were tasked with featuring bratwurst as the main ingredient in the dishes they sold. The Bratxotic tent continues today with offerings that include: brat pizza, brat taco, brat egg rolls and brat lasagna.

As title sponsor, Johnsonville partnered with the International Federation of Competitive Easting (IFOCE) in 2005 to hold the Johnsonville Brat-Eating World Championship.

They say that competitive eating is the battleground against which God and Lucifer battle for men's souls, my friends, International Federation of Competitive Eating Chairman George Shea bellowed to the crowd before the 2006 Johnsonville Brat-Eating World Championship.

The crowd, roared as the 16 eaters wriggled, convulsed and bounced to shovel down brat after brat. Takeru Kobayashi set yet another world record by downing 58 brats in 10 minutes, shattering Sonya’s record.

Today, Brat Days still provides brat lovers from all over the country with a one-of-a-kind brat experience. Brat Days continues to be the largest fundraiser for the Sheboygan Jaycees. All proceeds are given back to the community primarily though donations. Past organizations that have received donations include the Field of Dreams, Above and Beyond Children’s Museum, Jaycee Quarryview Park, Big Brothers Big Sisters, Area High School Scholarship Program, the American Red Cross and the American Cancer Society.
Posted by Daniel at 7/31/2014 12:33:00 AM No comments: Links to this post