THE NEW GENERATION OF BEAR GLAMAZONS

“This stuff’? Oh, ok. I see, you think this has nothing to do with you.” – Meryl Streep in The Devil Wears Prada
From: Bear World 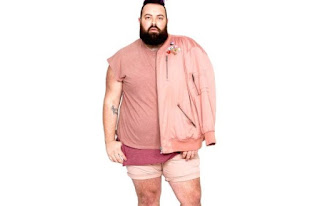 What did we learn from what this magnificent lady said? Well… that fashion is in everything and influences everyone, including the bears. And let me tell you folks, bears are really good with fashion. My Instagram feed has a lot of bears (obviously) and most of them have great style and awesome looks.

His name is Antonio Consuegra and he is a very talented and well-known costume designer. Go on his Instagram enjoy his style and get inspired.

Ady Del Valle is a big sexy bear in love with fashion and his style & outfits are always on point. A true inspiration for all the big guys, Ady’s Instagram is always a delight.

Javier Rivadeneira sure will make you turn your head when he is going to walk by you on the street. His style is bold, sexy and always fabulous. Follow him on Instagram and follow his hashtag advice – #stayfab.

Troy Solomon in one of the most iconic fashion bears on Instagram. Intense colors, gorgeous smile, sex appeal, positive attitude – there are a few of the elements that you are going to find on Troy’s Instagram.

Marquis Neal describes himself as a “queer chub in good outfits” and he has, indeed good outfits all the time. He has a great smile, a strong personality, bold style and a good vibe. What do you need more? Oh, yeah, you need to follow him to see more.

The new generation of fashion bears is more and more visible and the bears are proud, loud, strong and beautiful… and sexy!

The French Have Been Desperate for Obama to Get Involved in Their Politics. He Just Did 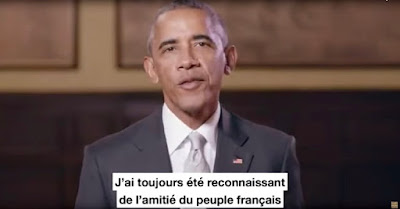 What if, back in November, former French President Jacques Chirac had endorsed Hillary Clinton? American voters would probably think, “well, that’s strange” and then they'd move on with their day. So, do French voters actually care that former American President Barack Obama endorsed Emmanuel Macron in a video tweeted Thursday afternoon?

A poll released this week by the Suffolk University Political Research Center in Boston shows Obama with a 90 percent favorable rating in France.

And in March, a petition went around France pleading for Barack Obama to run for the French presidency. It has almost 50,000 signatures. The campaign, called Obama 2017, put up posters all over Paris, showing the former president’s face with a French translation of his campaign slogan, “Oui on peut” (Yes we can). You can even purchase an Obama 2017 tote bag on the campaign website. 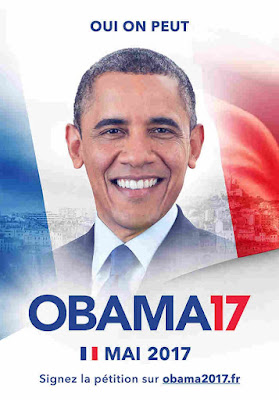 A political poster plastered around Paris in what started as a joke campaign to get Barack Obama elected as France's next president.

Sire says Obama's soaring French approval ratings come as many voters are unhappy with Emmanuel Macron and Marine Le Pen, the two presidential candidates facing off this weekend. Macron is seen by some as the heir to France’s most unpopular president ever, Francois Hollande, whereas Le Pen has a reputation for bigotry and xenophobia. Obama looks pretty good by comparison. “[The French voters] figure Barack Obama has nothing else to do. ... He can just run for election!” Sire jokes.

Alas, the dream of a troisieme Obama presidency must die — only French citizens can be president of France — but “it would have been fun” says Sire.

The Macron campaign clearly sought to capitalize on Obama's popularity in France. On Thursday, it tweeted out the video message of Obama endorsing Macron just three days before the election.

In the video, Obama stares into the camera and says he decided to weigh in because the French election is just too important to remain silent.

“I’m not planning to get involved in many elections now that I don’t have to run for office, but the French election is very important to the future of France and the values that we care so much about,” he said.

Obama said he supports Macron because he appealed to “people’s hopes and not their fears” — a familiar campaign theme for the American president.

It’s unclear if Obama’s endorsement of Macron will sway undecided voters, but Sire says it certainly won’t hurt. Opinion polls show Macron leading his far-right rival by 20 points. The election is this coming Sunday, May 7.
Posted by Daniel at 5/05/2017 11:16:00 PM No comments: Links to this post 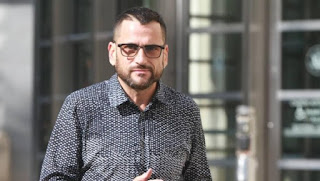 Last October, Rentboy CEO Jeffrey Hurant pleaded guilty in Brooklyn federal court to the promotion of prostitution and conspiracy to commit money laundering. As you’ll recall, offices of the now defunct gay escort service were raided in August of 2015, at which time Hurant and other employees were arrested. Prosecutors have been seeking approximately two years in prison for Hurant at his sentencing, which was originally scheduled to take place today. Late Wednesday night, however, the U.S. Attorney asked the judge for “additional time” to respond to Hurant’s sentencing memorandum: 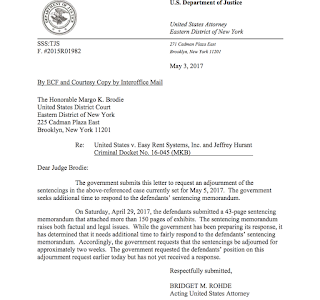 While the prosecution had asked for a delay of two weeks, the judge responded Thursday morning granting the request and delaying the sentencing by over two months. Sentencing is now scheduled for July 21st: 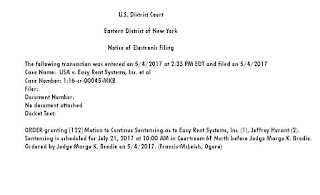 Five months after his initial arrest, former Rentboy CEO Jeffrey Hurant was indicted today on charges of promoting prostitution and money laundering. The federal grand jury’s indictment out of Brooklyn, New York includes three counts: Promotion of prostitution, money laundering conspiracy, and money laundering. “Easy Rent Systems” (Rentboy.com) was also named in the indictment on each count. Hurant has been free on bond since August, and the justice department did not immediately indicate when formal charges—which appear inevitable now, given the indictment—would be filed.

Six other Rentboy employees also arrested last summer are still engaged in plea negotiations, with a U.S. Attorney’s spokesperson classifying the complaints against them as “pending.”

Homeland Security and the Department of Justice faced significant backlash from media outlets across the political spectrum (The New York Times, Reason) as well as civil rights groups following the raid and arrests last summer, which were considered by most to be a bizarre and draconian government overreach, perhaps motivated by anti-gay bias.

Here is the full indictment, which includes allegations that Rentboy.com was not verifying that all of its users were over the age of 18. Also included are multiple notifications of forfeiture totaling over $1.5 million, should Hurant be convicted. The funds mentioned have been seized since last August. Donations to the Rentboy legal defense fund can be made here. 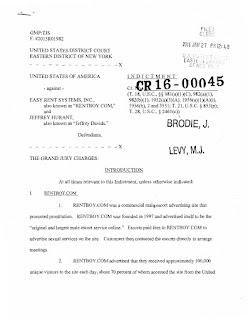 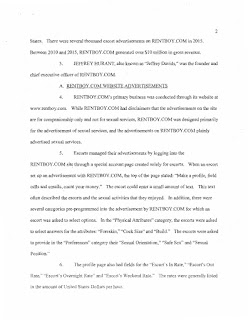 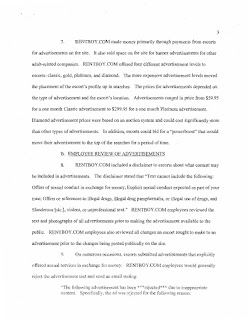 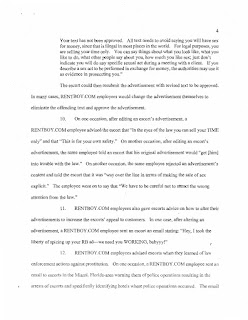 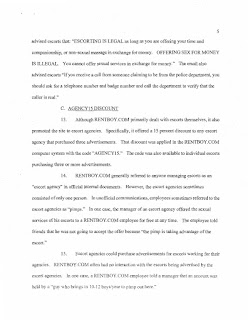 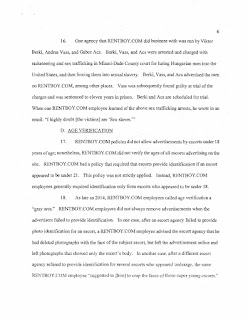 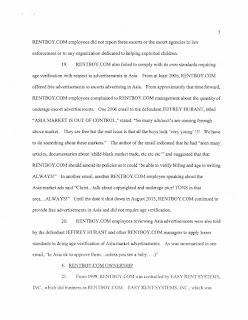 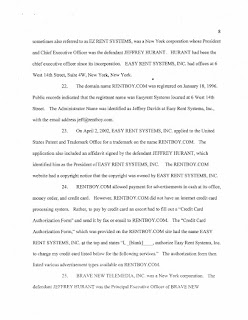 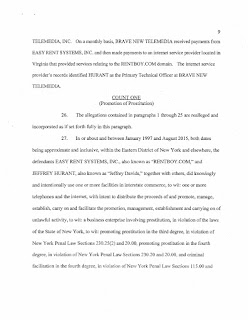 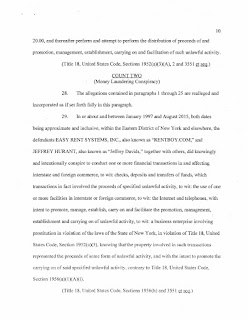 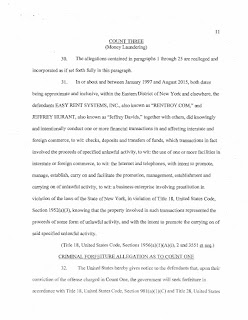 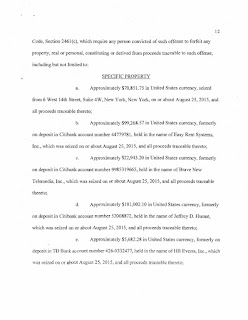 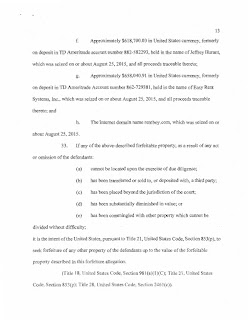 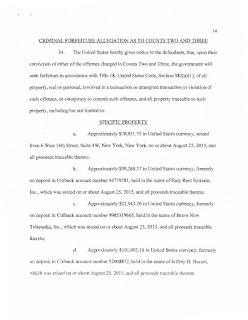 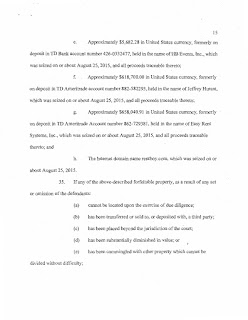 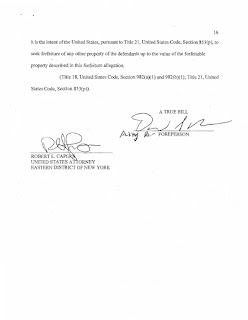 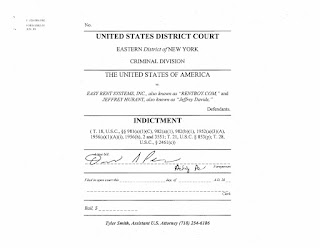