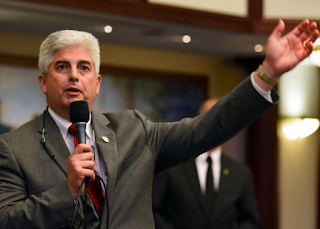 A new bill called House Bill 101 is to be considered by Florida legislature that would allow a mind blowing amount of ignorance and discrimination against the LGBTQ community.

The bill is being sponsored by Representative Julio Gonzalez, a physician who has been endorsed by Marco Rubio. According to Slate, the bill, like other religious freedom bills, guarantees businesses the right to turn gay couples away under the pretense that it “would be contrary to [their] religious or moral convictions.” This includes, but is not limited to, private adoption agencies who don’t want to place a child with a same-sex couple.

Hospitals, nursing homes and other health-care facilities are also included in this; they can refuse to treat a patient or give them their medication if doing so interferes with “religious or moral convictions or policies.” Think about the challenges that would arise if this passes, especially for trans people. 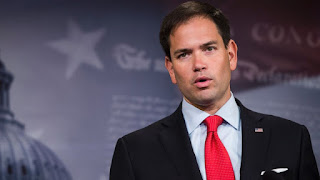 Bet you’re asking how medical professionals could get away with refusing to do their job. The bill addresses that too; it provides them with a shield from liability. In other words, doctors wouldn’t be subject to disciplinary action from hospitals or their medical association which essentially spits in the face of the Hippocratic Oath.

The bill also implicates women. So for example, pharmacists could refuse birth control or Plan B and nurses could refuse to assist in abortions. Another ant-gay bill, entitled the “Pastor Protection Act” looks primed to get a floor vote after “sailing through a subcommittee” according to the article.
Posted by Daniel at 11/17/2016 03:34:00 AM