Bernie Sanders: I Am Voting For Hillary Clinton

The Vermont senator has yet to suspend his candidacy.
From: NewNowNext

Bernie Sanders still hasn’t suspended his candidacy, but the progressive senator from Vermont confirmed he will vote for Hillary Clinton in the presidential election.

Asked on MSNBC’s Morning Joe whether he will vote for Clinton in November, Sanders responded “Yes.” 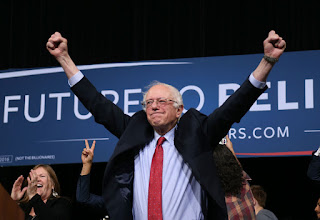 Though he doesn’t have the electoral votes to secure a Democratic nomination, Sanders has avoided conceding the election so far. But he’s shifted focus toward stopping the Republicans rather than challenging Clinton.

“I think the issue right here is I’m gonna do everything I can to defeat Donald Trump,” he said.

“I think Trump in so many ways would be a disaster for this country if he were to be elected president,” he added. “We do not need a president whose cornerstone of his campaign is bigotry, is insulting Mexicans and Latinos and Muslims and women.”

Asked why he hasn’t dropped out of the race, Sanders seemed nonplussed.

“Why would I want to do that when I want to fight to make sure that we have the best platform that we possibly can, that we win the most delegates that we can?” he responded. 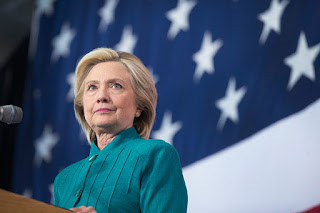 He insists continuing his campaign is not threat to party unity.

“You talk about disunity,” he said. “I talk about involving the American people in the political process,” he said.

Last week a Bloomberg poll indicated only 55% of those who favored Sanders plan to vote for Clinton. Instead, 22% say they’ll vote for Trump, while 18% favor Libertarian candidate Gary Johnson.
Posted by Daniel at 6/24/2016 07:04:00 PM