From:  Queerty
Don’t Be A Fool, Wrap Your Tool:
Queerty’s Top 10 Condom Picks 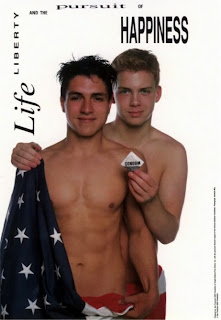 Nothing says summer like copious amounts of sweaty sex. Equally so, nothing can ruin your summer quite like a horrible, itchy, rash that you’re stuck with forever and requires constant treatment— or you know, any STD really. With reports on death from meningitis on the rise in New York City, and signs everywhere pointing to the continuing spread of HIV around the globe, it only makes sense we reiterate in as colorful and sexy a way as possible the myriad benefits condoms offer.
In our eternal quest to promote safe (smart) sex, we’ve compiled a list of our top 10 favorite condoms, and let it be known, this has been one very hard week of “fact-checking” to make sure the list was just right. 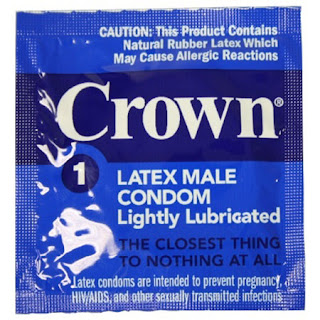 1.
Crown Skinless Condoms
To all of you condom-hating knuckleheads out there: This argument is getting old —“Oh, but sex is so much better without a condom.” First off, sex feels great, no matter what. And yes, we know bareback sex is fun as well. But if the only way you can truly achieve pleasure is by increasing both your and your random sex partner’s chances of coming down with something, you might want to rethink your sex life somewhat. Secondly, condoms such as Crown Skinless exist in the world and they are so thin, it’s just like having sex without one. If you don’t trust us, check any of the reviews online and see five-stars by the thousands.