“I don’t think that needed to happen."
From: NewNowNext

In the latest episode of Whatcha Packin’, club kid-at-heart Michelle Visage talks to this week’s chopped RuPaul’s Drag Race contestant, Valentina, about his season 9 journey—and what was going through his head during that disastrous final lip sync.

The 25-year-old L.A. queen also discusses the heavy Latina influence on his floral-forward looks. “My references tend to be old Mexican cinema or telenovelas,” he explains. “I really want to represent the beauty and the elegance that is and that does come from Latin America.” 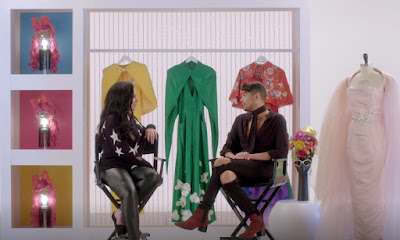 If Valentina could go back, what would he do differently? “I had such a great experience and I wouldn’t change a thing,” he says. “I think it played out the way it needed to.”

Including his half-assed, half-masked lip sync? “I don’t think that needed to happen,” Visage says. Escandalo!

Watch the full interview below.