There’s No Evidence Omar Mateen Was A Closet Case, Had A Boyfriend Or Used Gay Apps 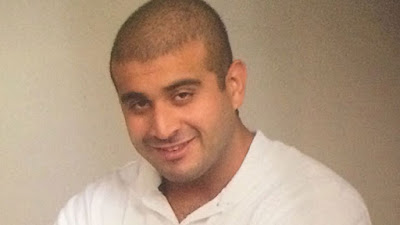 Neither Mateen’s laptop, cell phone or the communications he left behind suggest he led a secret gay life, according to an anonymous official. Electronic devices belonging to men who say they had communicated with Mateen online were also reviewed with no links discovered.

Investigators say they are still following leads about Mateen’s purported interest in gay clubs and gay men, but it’s looking like all that talk of him being a closet case may have been just that, talk.

Orlando Sentinel reports at least two men who claimed to have chatted with Mateen online are sticking to their stories, however. Investigators believe those men are either mistaken or not being truthful.
Posted by Daniel at 6/29/2016 06:37:00 AM