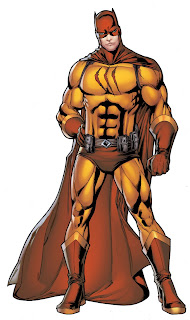 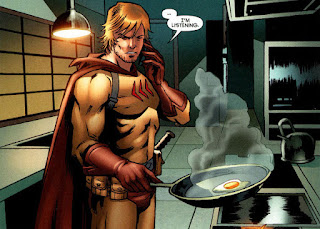 If Selina Kyle is Gotham’s street-smart alley cat, former big game hunter Thomas Blake is its jungle predator. Writer Gail Simone outed Catman in the premiere issue of Secret Six, a comic with a premise very similar to Suicide Squad—a team of villains forced to work together for the greater good.

So it would be great to see Catman thrown into the mix with Robbie’s Harley Quinn and Will Smith’s Deadshot in a future sequel.

The character was ranked #9 on Comics Alliance’s 2014 list of the 50 Sexiest Male Characters in Comics, so whoever plays him has to be one hell of a hunk. Sons of Anarchy’s Charlie Hunnam definitely has the leonine mane and bruiser build to bring Catman to life.
Posted by Daniel at 3/29/2016 12:59:00 AM