A supermodel of the '90s, Boyce's star was bright enough to land him in an era-defining image by Albert Watson for the cover of Arena Homme + in 1994 that immortalized the five hottest models of that moment. Openly gay, Boyce later did the cover of Out and, when his  fashion career ebbed, more recently did a cover and eye-opening spread for Playgirl. 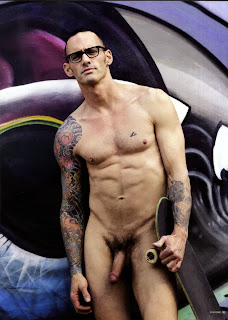