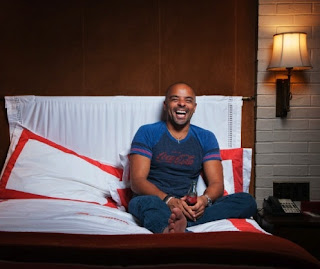 Jonathan Mildenhall is the Vice President of Global Advertising Strategy and Creative Excellence at the Coca-Cola Company.
Before joining the Coca-Cola Company in 2007, Jonathan worked for many notable advertising agencies in the UK ( Bartle Bogle Hegarty, McCann Advertising, Howell Henry Chaldecott Lury, TBWA Worldwide, and finally Mother Advertising ) in various account management positions. As the leader of Coca-Cola's global advertising, Jonathan works closely with advertising agencies all over the world and is considered one of the top ranked global players in the world of advertising. Jonathan has lead many celebrated campaigns during his time as Vice President at Coca-Cola, including the marketing platform that launched in 2011 Mildenhall refers to as "Liquid and Linked". Much of Jonathan's work can be found at his personal website and Tumblr account.
Jonathan graduated from Manchester Metropolitan University Business School[4] with a Bachelors degree in 1990 where he credits building the foundation of his passion for business and advertising. In 2005 began studying strategy at Harvard Business School as part of the school's Advanced Management Programme. In honor of Jonathan's many accomplishments he was awarded an Honorary Doctorate Degree from Manchester Metropolitan University Business School.

Email ThisBlogThis!Share to TwitterShare to FacebookShare to Pinterest
Labels: 100 Most Eligible Bachelors, feet, OUT