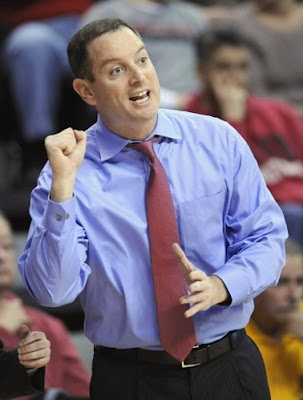 Mike Rice
Mike Rice made headlines when video surfaced of him berating, kicking, firing basketballs, and using slurs against his players. The Rutgers men’s basketball coach—who used language like “fucking faggot” and “fucking fairy” toward his players—was fired after the tapes came to the attention of the media. Some good did come out of it: we got this amazing SNL sketch starring Melissa McCarthy that’s based on the Mike Rice affair.
Posted by Daniel at 7/30/2013 10:18:00 PM